The Serviced Apartment Side Hustle

The Serviced Apartment Side Hustle

Can I Get a Break?

It was around 2006 while I was studying full-time for a Bachelor’s degree. I was really busy working 15 hour days most of the week. I was working in French fine dining which requires an immense amount of tenacity while also juggling the cross-country track team and building websites freelance. It knocked the wind out of me. Really.

One night, I went on Craig’s List and put an ad out for a roommate share. I had over 20 applications from people who came to see the apartment in the original ad posting. My first “roommate” was a Sicilian guy from Brooklyn that stayed for about three years. I continued to put up ads while studying having a total of ten roommates in that flat. Honestly, I have to say having an extra $15k a year was a great side hustle.

I started to become dependant on the income. It was great money that funded a lot of my travels around the globe. I decided to continue toward an MBA in London. I rented out my NY flat and moved to London for a year. I rented one flat with a mate only to rent that one out and take a smaller studio for myself in Camden Town. At one point, I had three flats: two in London and one in Manhattan.

After grad school, I decided to return home to NYC, clean out my apartment and move to London permanently. This is where things got sticky. I had to find a new job and a new flat in the same week.

First I found a new flat. There was a really small bedsit available in Marylebone. This is one of the nicest neighbourhoods in London. The landlord was an absolute charming old chap who was very easy to negotiate with despite the strict policies of the lettings agents. I met the Russian guy next door who was having a lot of trouble with his college homework. The first year in London was really stressful as I had to acquire equal rights as a national. I worked for less than I was worth. The Russian guy next door became my close mate at the time.

We got tired of the tiny apartments in Marylebone deciding to go apartment shopping together. We rented two flats just steps away from each other in Camden Town. It was honestly loads of fun. I would wake him up with porridge and a cup of coffee before class on my way to work and he would pass by to eat in the evenings while we went over his homework.

He often went back to Russia for weeks if not months at a time. Instead of paying me cash for homework help, he let me rent out his flat and keep the profits from AirBnb. I often gave him some of the profit. 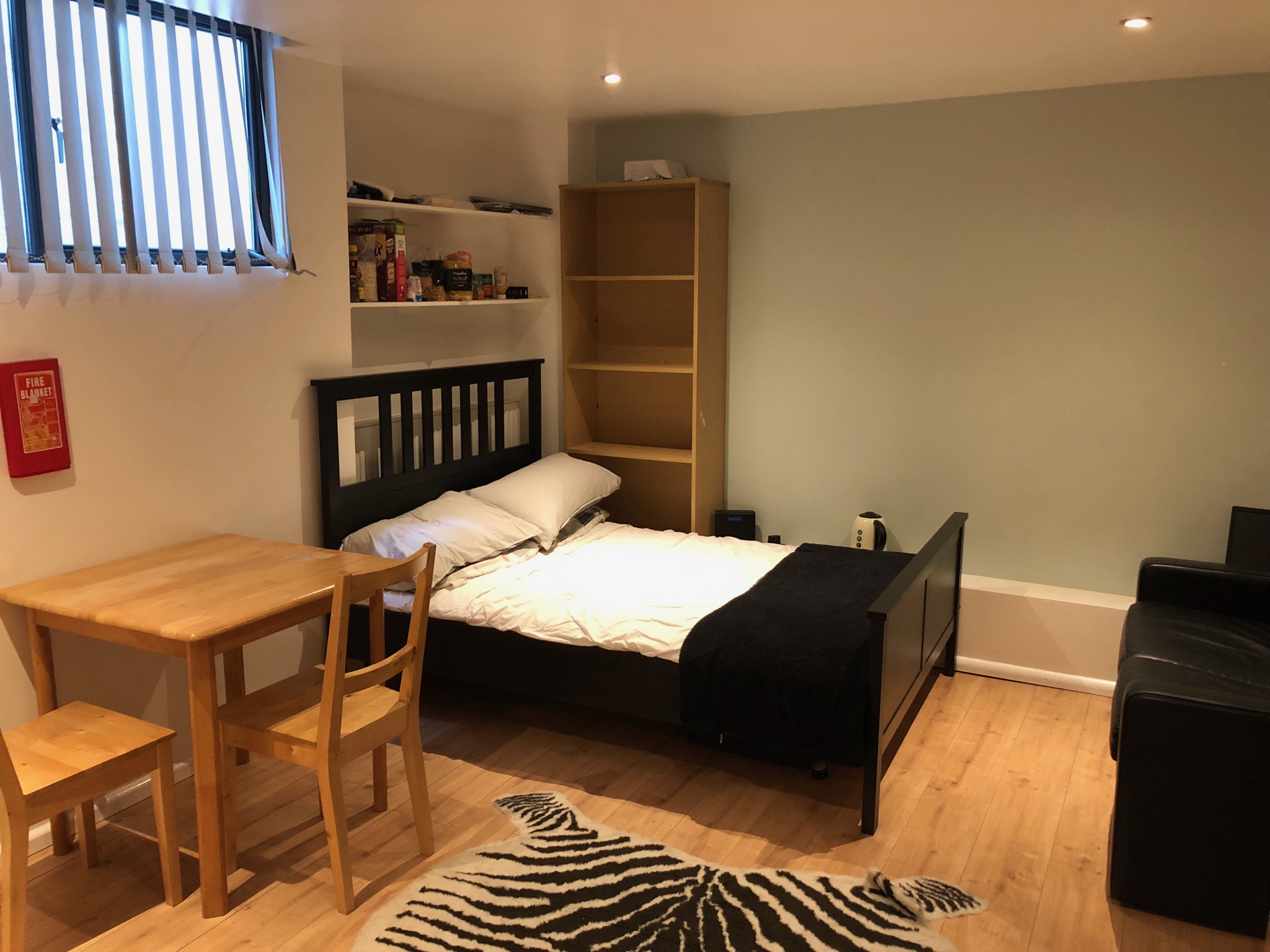 During this time period, I was looking for a new position while working up the corporate ladder. I found a marketing position for a serviced apartment company. It was run by a few blokes who are in venture capital. They had close to a hundred apartments in the city of London. The apartments were rented out through sites like Booking.com and other online travel agencies. The problem is that it is an unregulated business. The serviced apartment business is very much the same as the “roommate business” as it is very informal and unregulated. There are often verbal agreements that take precedence over written contracts.

London can be tricky though. I have never had even a dirty look with the ten roommates I had in my NY flat. The Russian guy was confronted by his landlord for subletting. The serviced apartment company I was working for also had received many fines as they are not clearly categorised as C1 or C3 (type of dwellings) in London. It is an at-your-own risk industry. I would not be where I am today without the income I received.

In my current flat (a serviced apartment), I asked my landlord if I can AirBnb while I am on vacation. They said absolutely no way. I don’t understand what problem that causes. It helps fund my vacation and keeps me a happy guy. It is much easier if you own the flat though I am not planning on buying at the moment. This just shows how broken the system really is.

TELL ME MORE ABOUT YOUR PROJECT

I’m currently in the job market for a full-time position in central London due to the current coronavirus pandemic. I hope to find a something new and exciting leading to a bright future. I am also open to freelance web design work with Wordpress.